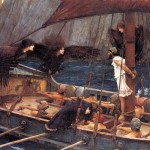 I’ve had the luck of working with a few of geniuses. I like the saying that every child is a genius, yet that the process of education weeds the genius out of them.
Nevertheless, some geniuses make it into adulthood. They’re brilliant at something, so high above the average that they literally change the world singlehandedly. However they also don’t succeed unless they let it go.

On one hand geniuses are – geniuses. Yet there’s the other side to them. They can be a pain, and such pain at that that it often over compensates for the talent that shines with them. The result is often not optimal, they often don’t succeed. They’re often not understood. People start thinking that they are crazy, lunatics. And to ad insult to injury geniuses very often lack the social skills necessary to see in other people the mirror image of themselves. Maybe, just maybe, the talent really comes from their deficinecy, not the other way around.

Let me briefly describe three of them. I have worked with all of them, so this is personal, therefore let me keep their names for myself, yet they will easily recognise themselves here. The initials are real.

The first one is A. He is the most imaginative engineering mind I ever came across. He is capable of evaluating technology on a whim, combines areas that nobody else would ever dream of. Just yesterday he suggested that the roads should be paved with tiles with photovoltaic cells to generate electricity. Plain brilliant. The other idea A promotes is that the tunnels become equipped with a fire protection mechanism that esentially stops fires on the spot. And then there are other ideas. Yet the results are mostly not there. A is not understood by his business partners, nor does he have a stable team around him. His method of working is chaotic, and his way of communicating often leads to conflict.

Then there is M. An amazing presenter, teacher of technique for speed reading, a world traveller. Put him in front of an audience and he will enchant them into his magic, people will be hypnothised, they will be elevated. Yet when M creates a team, the magic falls apart. The difference is that within a team his need to perform becomes an obstacle. Teams need cohesion and honest problem solving, teams don’t need stars. In M’s case he promises too much, yet delivers close to nothing. It does not take long for the team members to figure this out and then M starts to manipulate, play one against the other, all just to keep his aura of the star to whom nothing wrong ever happens, who does not do wrong. And so his teams keep falling apart however fast tries to lure new members to join.

Lastly there is A. He tops them all. He is the single most brilliant person I have worked with in my life. But, now that you have seen the pattern of A and M, this last A is also terrible. He is a genius in software engineering. His ability to write complex algorithms started early in his childhood. He started programming at 10. At 12 he sold his first software product to a Swiss company. At 14 he told Sun Microsystems that there’s a serious bug in their Java programming language. At 17 he was at Stanford, wrote a piece of software a billion people use every day, wrote code for Nasa, has his code in MakerBot 3D printers and on and on. Yet, I announced this, A lacks the ability to build stable teams around him. Successful products are not the ones with the newest and most sophisticated features, but the ones that fulfill a need and manage to convince customers about this ability. Nothing more. Such products require teams and teams require protection and direction. Protection is a stable roof to hide under when there’s bad weather. Direction is a clear road ahead, not the long term visionary goal, but the everyday winding road ahead of the team. Protection plus direction equals leadership. A does not provide protection nor direction, even more so, he destroys them, unintentionally, but every day, in every sense. Sad. But true.

What helps? In my experience it’s not what they do, but what I do. I have to find a space for myself. If I don’t, these geniuses run over it without even noticing it. If the space is big enough I can start inviting other team members into it. And then we start building. The problem for the genius is that this requires an immense amount of trust. Because it requires them to let go in order to get it. It reminds me of the story of Odisseus and the Sirens. If Odisseus wants to hear the beautiful yet deadly songs of the Sirens, he needs his team to tie him up to the mast, while his team stuffs their ears with wax. A, M and A are the Odissei, and I am just a sailor.